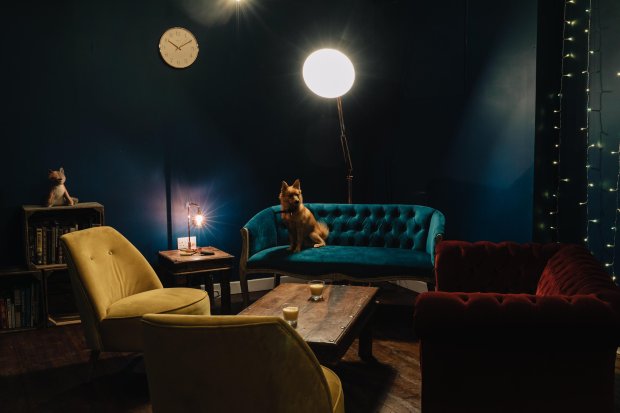 ‘Fox dog’ Hendrix, who inspired the salon’s name at home in his new pad. Photo by Sam Brill.

When it comes to hair, I can genuinely count the times that I’ve paid to have my hair cut or coloured over the past eight years on one hand. That isn’t to say that I’ve been walking round with a kitchen scissors botch job and six inch roots all this time, it’s just that I’ve just been fortunate enough to call some extremely talented stylists my best friends over the years.

One of the chosen few that I’ve actually parted cash with when I’ve fancied a new do is esteemed stylist and friend Ryan Harris (who once transformed my hair in to a vision of mermaid green), and for good reason.

Ryan has built quite the name for himself in Aberdeen over the last 10 years, receiving acclaim as an expert barber, a creative colourist, and a skilled stylist, having even travelled further afield as part of the GHD fame team.

After years of hard work, the next natural step in Ryan’s career was to open his own salon, so I went along to the launch party to have a good nosey round and see what he had to say about his amazing new venture. 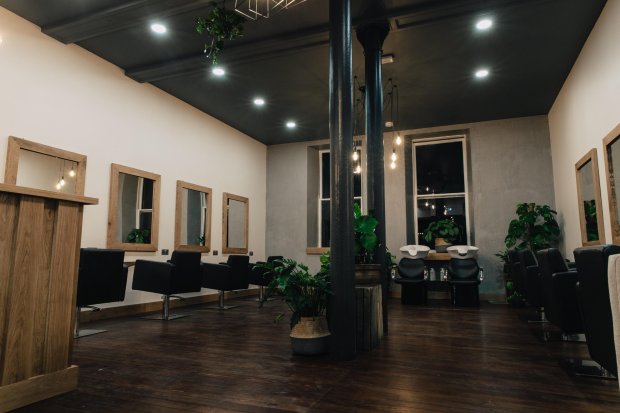 Having spent his former years as a trained builder, Ryan has been at the helm of this project from the bottom upwards, creating this stunning space. 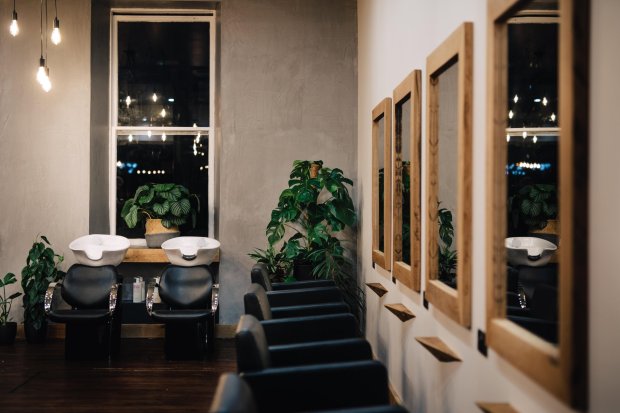 Above photos by Sam Brill.

The first thing that struck me was that this was a salon with serious style. The mix of natural woods and cool metallics worked in perfect harmony with lots of luscious plant life to create an industrial yet contemporary feel in this light and airy space.

The real show stopper for me however was the delightfully dark interior of the waiting room downstairs, furnished with luxurious jewel toned velvets and soft lighting for a bang on trend style. Here customers can relax while their colours develop, or while they await appointments within the forthcoming beauty room. This is some seriously instagram worthy stuff here folks! 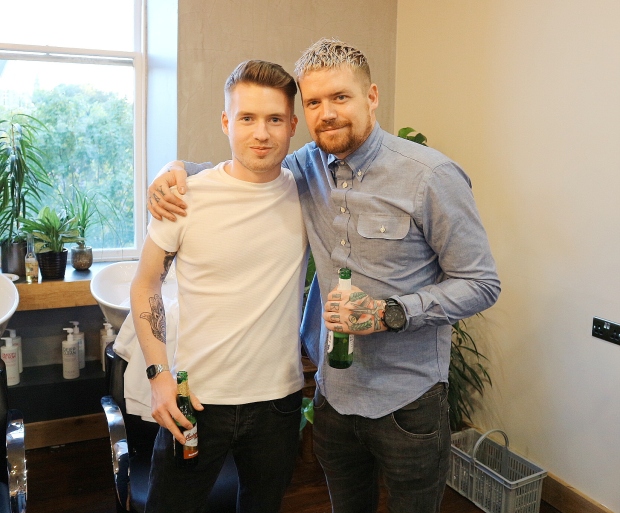 Ryan (right) with brother Euan who is in training to become a barber and join the team.

The party itself was fabulous, bustling with friends, clients, bloggers and beyond, with cocktails provided by Soul bar, a DJ set up in the corner, and The Pigs Wings on delicious vegan food duty. 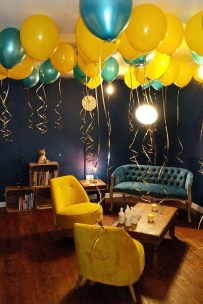 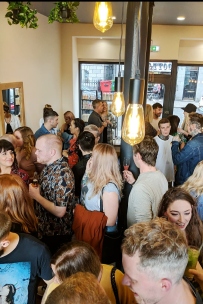 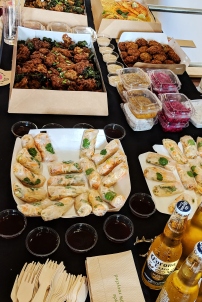 Can you spy little old me right in the middle, queuing for a cocktail there..? Photos by Euan Harris.

There was even a super fun balloon burst competition which gave guests a chance to win some of the amazing cruelty free products that Harris & Fox will be stocking.

For any of you on a cruelty free mission, you’ll know that it’s not always the easiest to find amazing animal friendly hair care, especially when it comes to hair colours, so I was truly over the moon that someone with hair colouring expertise such as Ryan would be staying true to his own beliefs with his very own salon.

I asked Ryan what inspired him to go down this path, and here’s what he had to say:

“The hair products I’ll be using are called Eleven, they are an Australian brand that have just came over here. I’m actually one of the first salons in Scotland to stock them. They are peta approved and also made from natural products, they are awesome.
I decided to go cruelty free because it’s something I strongly believe in; having my fox dog in the salon I don’t think it’s fair if the products have been tested on animals.”

How incredible it is to know that you can look  and feel fabulous, completely guilt free.

Harris & Fox is now open and located at 81 Rosemount Viaduct, Aberdeen. You can book either by calling 01224 611990, emailing ryan@harris-fox.co.uk, or by downloading the Harris & Fox app.

[Ad] If it seems like I've done nothing but blog about food for the last couple of weeks, that's because that's exactly what I have done 🤷🏼‍♀️ Speaking of which, do you know that Aberdeen Restaurant week starts TOMORROW?! That means a whole week of delicious food for an incredible price at over forty of Aberdeen's most awesome restaurants. Check out my latest blog post (and of course @abdninspired) for full details, and keep an eye out for my full review of @siberiaaberdeen's offering which goes live this evening! LINK IN BIO 🍽️ #ARW2020 #ComeDineWithUs #aberdeenrestaurantweek
Yes I've banged on about this toner before but it's just my absolute fave @superdrug skin care product, especially now it comes in this jumbo 300ml bottle! 😍 This 5% glycolic acid toner leaves my skin so bright and healthy looking without being too harsh on my sensitive areas. I swear it's the best dupe for Pixi Glow Tonic out there, and right now it's only £4.93 at Superdrug, what a bloody bargain! What's your favourite Superdrug skin care find? #superdrugskincare #skincarejunkie #glowbabyglow
Just hanging out with my main man Will ✌️ Also obsessing over this wee Topshop dress that I got for £2 on @ebay_uk. Tea dresses and Docs might be my new fave thing. #secondhandstyle #vegandrmartens #bigwillystyle
🍪 NEW BLOG POST 🍪 Last week I was invited along to @bobbin.aberdeen to try out their new menu and oh boy was I impressed! Gone are the days of your big standard pub grub, The Bobbin has really upped it's game these days! They had a whole range of awesome vegan and veggie options so if that's your bag then check out my latest blog post to read the full review. [GIFTED] LINK IN BIO 🍽️ #thebobbin #aberdeenfoodies #stilldreamingaboutthathotdog
Continuing the R&R with a Sunday filled with doing absolutely bugger all that might mean leaving this spot right here. Fun fact. Sneezing with injured ribs is just about the least fun you can have first thing in the morning. How's your Sunday going so far? #sundayvibes #myviewtoday #bloodyinvalid
OMG These fake flowers smell SOOOOO good!! 🌺🌺🌺 Fun story time. Twenty minutes after I took these photos I went back to work and because it had been raining outside my foot slipped as I went through the door and I took a rather spectacular tumble down the stairs. Swear I heard the intro to the EastEnders theme tune as I thudded down the stairs. Fairly confident that I've cracked a rib and I have a bruise the size of my face developing on my arse, which means that my night is being spent in a duvet on the sofa. On the plus side, @g_nut_butter Is taking great care of me by fashioning me a super long drinky straw for my glass of wine so that I don't have to move while he makes me pizza. If that's not true love I don't know what is. Happy Valentine's day bitches ✌️ #whyisitalwaysme #paininthearse #romanticvalentinesdaystory